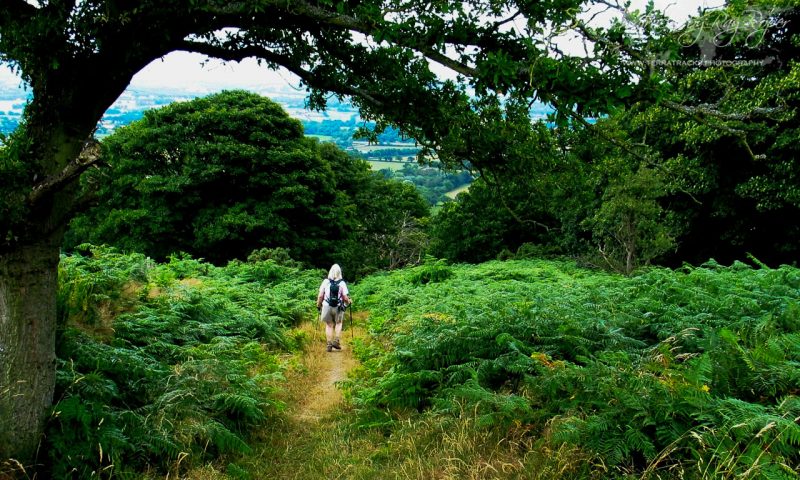 Offa was the King of the Mercians, a warrior tribe from central England, from 747 to 796 AD. He had seized power during a time of great unrest caused by friction between Wales and England in the border region. Offa was determined to quell the unruly Welsh and impose his authority and this he did by building one of the most remarkable structures in Britain.

Offa’s Dyke Path (Welsh: Llwybr Clawdd Offa) is a long-distance footpath following closely the Wales–England border. Opened in 1971, it is one of Britain’s National Trails and draws walkers from throughout the world. Some of the 177-mile (285 km) route either follows, or keeps close company with, the remnants of Offa’s Dyke, an earthwork, most of which was probably constructed in the late 8th century on the orders of Offa of Mercia. However, the dyke does not go over the Black Mountains but follows the current Wales-England border along the Hatterall Ridge.

Traveling south to north, starting by the Severn Estuary at Sedbury, near Chepstow and finishing at Prestatyn on the north coast, the walk will take an average walker roughly 12 days to complete.[1] Following a man-made border and ancient monument, rather than natural features, the dyke path crosses a variety of landscapes. The route crosses the Black Mountains, the Shropshire Hills, including the many ups and downs of the ‘Switchback’, the Eglwyseg moors north of Llangollen and the Clwydian Range.

It passes through, or close to, the towns of Chepstow, Monmouth, Abergavenny, Hay-on-Wye, Kington, Knighton, Montgomery and then in and around the North Wales towns and villages of Llangollen, Llandegla, Clwyd Gate, Bodfari and Dyserth.

Could not resolve host: urls.api.twitter.com